As far as historical korean dramas, or “sageuks” go, Empress Ki is a well known and successful television series. Based on real historical incidents (Although not entirely) , it tells the story of a woman who gets sent as a tribute from her home country Koryo to a foreign country, Yuan. From there she rises to become the Empress of Yuan. 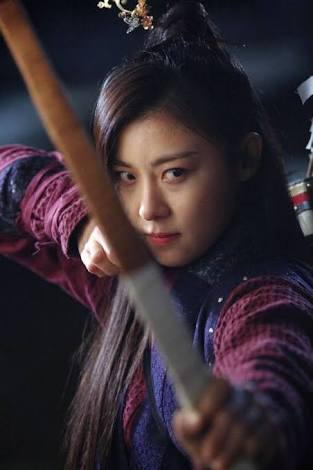 The titular protagonist is Ki Seung Nyang, a woman from Koryo. When she was a child, she and her mother were captured and was being sent as tributes to Yuan, a common practice in those days. The Crown Prince, Wang Yu was upset at the pitiful condition of his people, where they were forced to be sent to a foreign country to become eunuchs, servants and concubines that he releases them secretly. But the Yuan generals find out and Ki Nyang’s mother sacrifices herself for Nyang. Her mother is killed by the Yuan general, Tangqishi (who is also a character in the series). Later Nyang finds out that her father is a General in the Koryo guards, General Ki and tries to find him.

The Crown Prince of Koryo when Nyang was young is Wang Yu. He grows up later to become the king but is then deposed from his throne by the Yuan empire for allegedly planning an attack on Togon, the Emperor of Yuan. 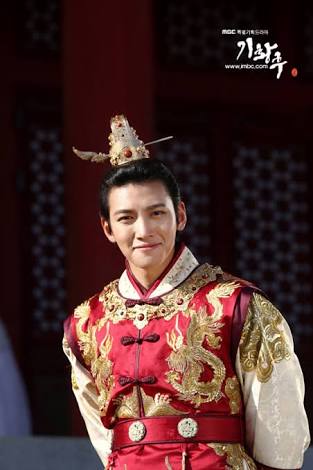 The emperor of Yuan is Togon and it is from here where the story starts. His brother was the Emperor before him after his father’s untimely death.

But despite that, all the power was in the hands of Regent El Temur. El Temur was a really powerful man who had his own personal army and control over everything in Yuan including the Emperor. Under his influence Togon was exiled to Koryo. El Temur’s plan was to kill Togon on Koryo lands so that Wang Yu, the emperor would be in blame and they could make Koryo a part of Yuan as well.

By that time, Ki Nyang is disguised as a man and is a part of Wang Yu’s guards due to her brilliance in her fighting skills and in using the bow and arrow. El Temur’s plans to kill Togon are spoiled with Togon being rescued by Nyang. Togon is scared of everything especially El Temur. He even knows he is being sent to be killed, but being scared as he is, he goes. Togon’s brother dies, which makes Togon the next Emperor. El Temur then arrives to take Togon back to Yuan as the emperor. Togon begs El Temur not to kill him and he agrees as long as Togon acts as a puppet king, which is easy since Togon cannot read. Togon then blames all the attacks on Wang Yu, his guard and Nyang’s father General Ki. General Ki is tortured and killed, Wang Yu is deposed and along with Nyang are sent as tributes to Yuan. On the way however Nyang’s identity as a woman is revealed and Wang Yu tries to protect her, but ends up being sent to the Turkish border to win an impossible war. Nyang is sent with the trail of tributes to the palace to become servants and concubines.

Nyang then becomes a palace servant. Togon sees her in the palace and thinks that Nyang looks very similiar to the male-Nyang who protected him in Koryo. He does not realise that Nyang is a woman. He assigns her as his personal servant in the palace. Nyang conspires to kill Togon as it is because of his word that her father got killed and her emperor got deposed.

El Temur forces Togon to marry his daughter , Tanasiri. He hopes that when he has a child with Tanasiri, that child will be the heir of the kingdom and eventually the whole of Yuan will be under his family. Although Tanasiri becomes the Empress,Togon avoids her at all costs.

With pressure from the Queen Mother , a concubine from Koryo become pregnant with his child. Tanasiri tries all neans to eliminate her and the child but the Queen Mother prevents it. Tanasiri is also unable to tolerate the fondness that Togon shows towards Nyang, since finding out Nyang is a woman. But despite all that, Wang Yu later releases her from service as a palace servant after winning the war on the Turkish border.

Wang Yu and Nyang become romantically involved and she agrees to become his queen when he takes back the throne. He leaves on an urgent business to Koryo. Nyang later finds she is pregnant with Wang Yu’s child. She tries to escape back to Koryo with the help of the Koryo servants in the palace and the Koryo concubine who is pregnant with Togon’s child. But they are attacked by Tanasiri’s men. The concubine and all the servants are killed. Nyang escapes and gives birth to the child but they too are attacked and the child dies and Nyang is beleived to be dead. Nyang is later found and put in the slave market for sale.

General Bayan and his nephew Tal Tal buy her from the slave market and adopt her as Bayan’s foster daughter. She is later sent to the palace to become a consort for Emperor Togon. 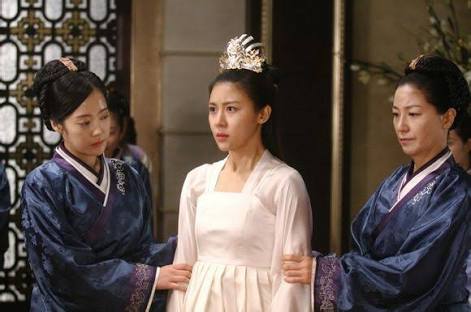 When she becomes a consort, Togon is happy but her mind is full of revenge for El Temur and his whole family. She helps the emperor learn to read and write. She later plots with Togon, Bayan and Wang yu and finally get El Temur, Tanasiri and their whole family except Tangqishi who escaped, executed.

Nyang also gives birth to Togon’s child, Ayushiridara. The whole court wants her to rise as the Empress but the queen mother, Bayan and everyone opposes because she is from Koryo. But despite all that, Nyang rises to become the Empress with her son as the heir to the throne.

Togon is brainwashed by his people that Nyang is cheating on him with Wang yu which is not true. After finding out that she and Wang Yu had a child, he kills Wang Yu as he is about to return to Koryo and reclaim his throne, to protect Nyang who is now the Empress.

But then, enemies to the thrones never cease. Togon is slow-poisoned and killed by his most trustworthy eunuch and because of a constant stream of lost battles, the palace is under attack and Nyang with her son escapes into the Mongol plsins aftet a tearful good bye to Togon who she loves.

Overall , the story is long. Although I have given a long description, this does’nt even account to half the story. Empress Ki is a story that even though was 51 hours long did not bore me for a second. There were a lot of details and incidents that made the story worth watching. Although it was heartbreaking to see the sad endings, it made it all the more real. Especially the phase where Togon changes from a scared man to a real emperor was really good. The best part about the series is that is Togon became the emperor and then there was a “happily eber after” ending, it could have seemed unrealistic . Showing that problems still existed despite becoming the emperor made it real.

El Temur’s villianous acts seemed a little tiring in between but his death was a good scene as well. And the parts were they are all trying to find “El Temur’s treasure” was also somewhat pointless. The entire setting and surroundings were also very authentic to the historical background of the story. The music, especially the main theme and tracks like ‘Emperor’ were very fitting to the series as well. Overall a good watch and worth the 51 hours spent watching it.

For more on Korean entertainment, check out It’s called Hallyu or for detailed reviews and posts on TV series, you can check out The Couch Potato!