This was a post that I had been working on for quite some time. I did’nt know how well, I could describe this film, with it being one of my top favorites, and also being a classic Malayalam film. But despite that, I decided to try writing a post on it. 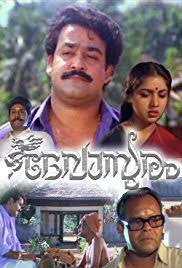 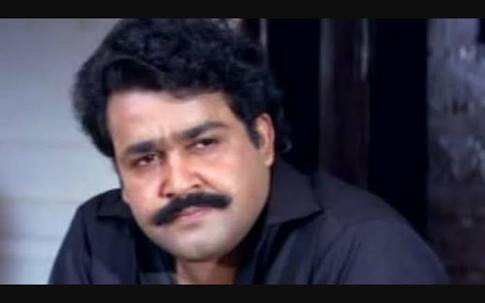 The story revolves around Mangalassery Neelakandan (Mohanlal) who is the rich and spoilt heir of the very old and aristocratic family called Mangalassery. He spends an immense amount of his inheritance on all sorts of activities. 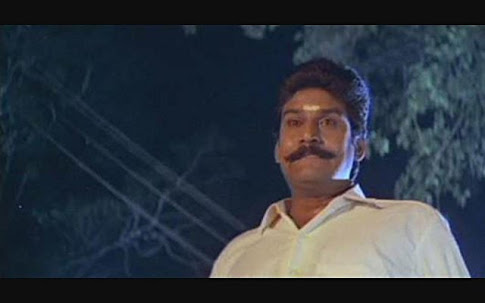 His arch rival is Mundakkal Shekaran who is from another well known family called Mundakkal. Both of them are not always in the best of terms and tend to get into a fight. In one such ruckus, one of Neelakantan’s friends accidently ends up killing Shekharan’s uncle driving him to plan his revenge against Neelakantan once and for all. 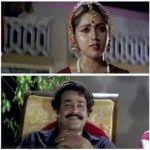 It is then that he meets Bhanumathi, a trained Bharatanatyam artist (for those who don’t know, Bharatanatyam is a classical art form of India and is a very revered art seen equal to God). On the pretense of arranging a dance program of Bhanumathi’s as part of the opeing of a temple, Neelakantan forces her to dance in front of him and his friends who are drinking alcohol. Humiliated and horrified at how he insulted such a godly form of art, she takes off her anklets (which are essential in Bharatanatyam), throws it at his face saying that this is the last time she will dance at all, and that she curses him and wants to see him suffering for the disgrace she went through. 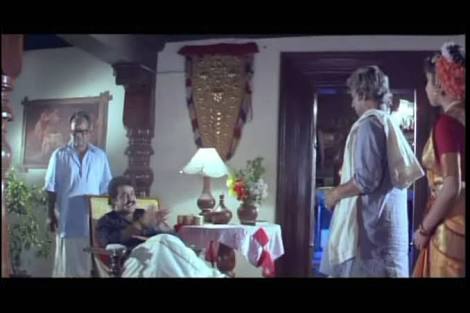 Afterwards, he feels regret and tries to help Bhanumathi and her family as much as possible, even lending his home as a place to stay when they became homeless. But the bitterness that Bhanumathi has does’nt change.

News arrives that Neelakantan’s mother is severely ill and on her deathbed, his mother informs him that he was born outside of wedlock and that he is not really a member of the famous Mangalassery family. 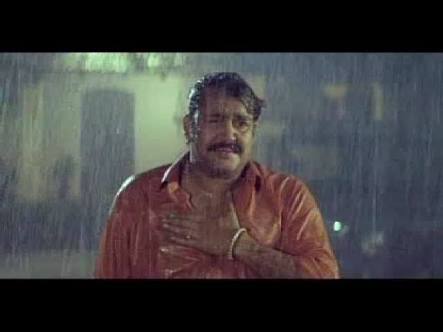 Hearing this, his whole lifes gets thrown off balance. All these years he flaunted around with his father’s money, fame and name, and now he realises that in reality he is nothing. The reality was too much for him to bear. Bhanumathi sees an emotionally broken Neelakantan crying and asking why this happened to him. She realises that he has some genuinity and feels that he got the punishment he deserved for insulting her.

Things take a turn for the worse, when Shekharan attacks Neelakantan at night injuring him seriously, with him inches away from death. Bhanumathi is horrified that such a fate came upon him, as she never wished for him to die. She visits an otherwise lonely Neelakantan,whose friends have seemingly ditched after he ended up in this problem, helping him heal and keeps him company. Soon she understands him for the person he really is. He manages to persuade her to take up her dancing profession again,which she does. Eventually they both realise that they have fallen in love with each other. 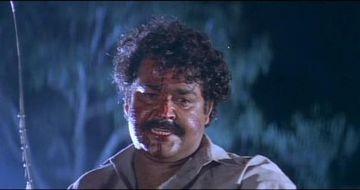 In a final attempt to end this rivalry once and for all, Neelakantan with the blunt end of the sword, cuts off Shekharan’s right arm. 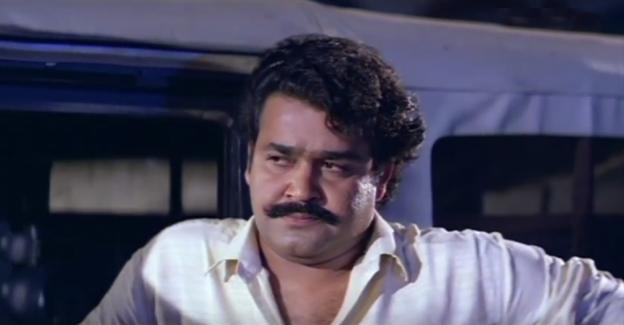 If you look at the list of classic Malayalam films,you can see that Devasuram definitely holds a strong position in that list. A directional masterpiece by IV Sasi, and penned by Ranjith, the story of Devasuram is primarily about the long-standing rivalry between Neelakantan and Shekharan. The first and most obvious point that can be pointed out is of course Mohanlal’s acting. Mohanlal is considered to be one of the best actors not just in Kerala but in India as well, and there is no doubt as to why that is, with him showcasing such stellar performances. Neelakantan wad the embodiment of manliness, strength and power. Although he was depicted as a person who spoilt his life with his inheritance, he was a man of character. Noone would have done justice to this role than Mohanlal had. 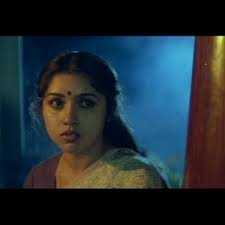 Revathy too gave a very strong performance as the bold and beautiful Bhanumathi. In comparison to the run-of-the mill female characters in cinema, she had a strong and defined identity of her own what with her facing even the mighty Neelakantan without fear. The reverence that she showed towards the classical dance forms was especially good and her dance scenes were excellent as well. 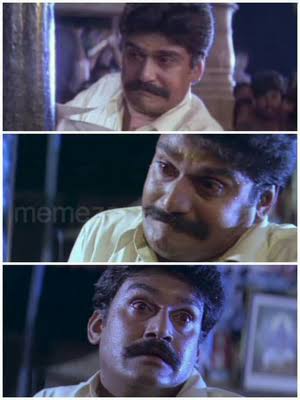 And playing the perfect villian that everyone hates, Mundackal Shekharan, despite being a villian has a strong place in Malayalam cinema with this character. His role has a strong purpose and foundation and despite it being family rivalries, the reasons that he felt vengeful to Neelakantan to an extent was understandable as well. 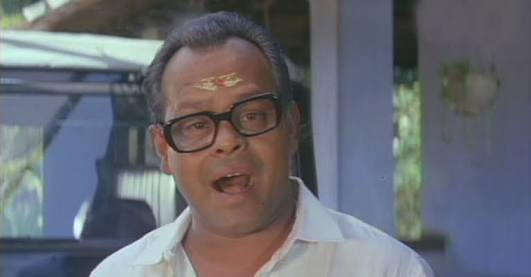 Another huge thing that can be noted in this film is that it was not just the lead characters that had a strong role but the sub characters as well. Especially the role Warrier that Innocent played. He was a father like figure to Neelakantan and despite in not listening to Warrier, it is evident throughout the film, how much Warrier means to Neelakantan. 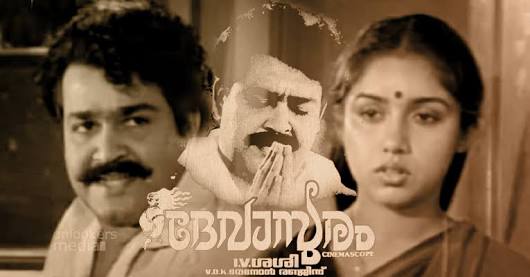 Although it sometimes feels that the reason Neelakantan and Shekharam disliked each other in the beginming was pointless, as the story built on, the rivalry got more definition.Devasuram is an absolute classic, and loved by many, including me. It stands out with a strong plot, characters and an excellent work put up by the director. I know some of you, who may be reading this are totally unfamiliar to this genre or language. But I do suggest to give amazing filns like this, a chance. All in all, its an “old is gold” film for me.

Do let me know in the comments what you feel!