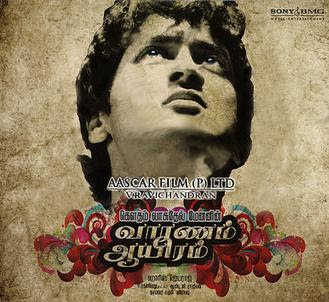 The film starts with Surya (Surya) , an army officer going for his mission, finding out that his father Krishnan (Surya) passed away. He is shocked and upset and his colleagues comfort him. On the journey to the mission, Surya remembers his life and how much his father had an influence on him.

He remembers the story of how his parents fell in love and had him and his sister. He recounts his experiences as a teenager, a young adult in love, a man who lost his one and only love and succumbs to depression and drugs, a man who caught back up with his life with the support of his family and how finally found his footing in life.

I am not going to recount the entire plot because the beauty and thrill in watching this film, is in watching it without having any previous thoughts on it. Surya plays the role of both father and son. He had to change his physique from that of a teenager to a very old man and because of that the shooting of this film was over a period of 2 years. The amount of effort that the whole team put in, especially by Surya has to be appreciated. It’s not such a huge surprise that this turned out to be one of the biggest commercial success that Surya has had in his career so far.

The film tells us the story of how a man who came to be who he is and how his father had influenced him. From the smallest lessons in life like to fight back if you are bullied, to the big things like choosing the love of your life and who you want to be as an adult was dealt beautifully. This film did not attempt to show us an unrealistic life where it is only happiness and success. We see Surya falter so many times but push himself back up. And the reality in it , makes it such a pleasure to watch. I liked how the director chose to tell this story from the Narration and point of view of the male protagonist. 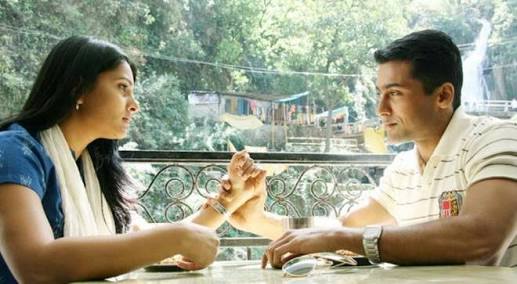 More often than not, we have seen so many beautiful films that talk about girls, sisters, daughters, wives, mothers etc. We read and watch so many things about bringing up women and giving them the respect that they deserve. Especially about the respect and love we give our mothers and the position we give her in our lives, despite a slightly patriarchal background. So many stories are about how men don’t get scared or don’t cry or don’t do wrong. But this film made sure it’s male character was just like anybody else. He did not keep an outward bolsterous attitude just for the sake of manning up. And this film gave so much importance to how important father’s are in our lives and how we should never overlook the efforts they put as well.

This film has an excellent music score by Harris Jayaraj. All the songs were huge hits and are still considered classics. Songs like Nenjukkul Peidhidum (which loosely translates to “the rain in my heart”) are melodies that will get your romantic bones in your body up and awake. 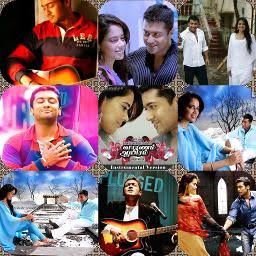 Being an Indian I get to watch films across many languages ever since I was a kid. I love Tamil films and this one happens to be on the top of my favorites. If you haven’t watched this, go and watch! You won’t regret. As the title suggests it’s like a thousand colors.