I am back after a rather long gap. The reason I had this gap was because of these two novels that grabbed my attention. I really had nothing left to read with me and I was really lazy to go over to the library. That’s when I decided to start reading ’13 reasons why’ by Jay Asher again because I really loved the book. By the time I reached half of that, I happened to get a copy of ‘The manuscripts of Accra ‘ by Paulo Coelho and started reading it immediately after I finished the first one. But as I read them in quick succession, I found a rather vivid connection between them. So I decided to write a post on why these two books felt relatable to me despite being totally unrelatable in respect of its authors, genre, etc.

I might make sense to you. Or I might sound nuts. Let me know what you feel in the comments after you read this! 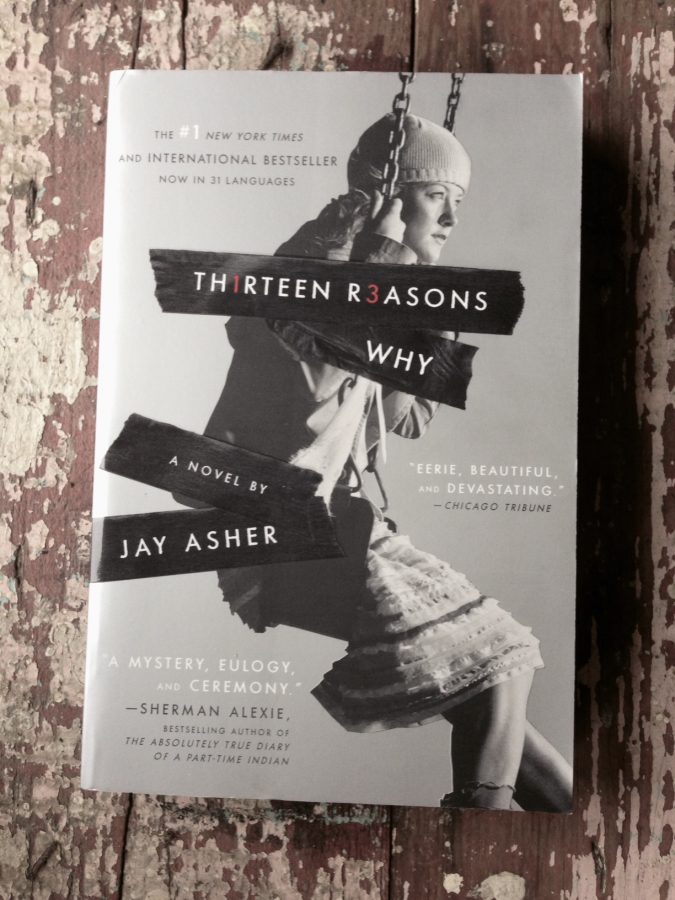 I started reading this book after the TV series finished airing. Although many suggested me to watch the series I still haven’t because I really couldn’t find time and I read the book way faster. But I was not disappointed with this book at all. In fact I thoroughly enjoyed it (which is why I went for the second read). I have cited this novel in a number of my other posts as well because it a book we know and can relate to.

The story follows Clay Jensen a high school student, who comes back home to find a series of tapes addressed to him. He starts listening to them and he finds that the tapes have been recorded by his friend and a girl he had a crush on, Hannah Baker. Hannah Baker had committed suicided some time ago and she recorded these tapes to tell her story and who all responsible for her death and how. It involves a map, and a set of audio tapes, each side dedicated to each person that was a cause. She starts her tapes by saying – “if you have got these tapes, then that means you are one of the people responsible for my death.”

The story then follows Clay’s exploration into the thirteen reasons that brought Hannah Baker to take her own life. The reasons vary from school bullying, friendships that went wrong, misunderstandings and how sometimes we were just too late to speak out. I am not going into the plot too much. It’s better to read and find out!

This book is very different from the first one. It starts with a prologue stating the sources from which the relegious texts we read today were formed. There were many sources that were used and many that weren’t. Out of that one such source which wasn’t used but was hidden for centuries was this “manuscript from Accra”. After many years, experts have deciphered it’s contents.

The story is set in the year 1009 in Jerusalem, where it is a day before the siege. Before the siege happened, the city was normal in all respects and was successful. But the impending siege is sure to bring it to its ruin as there is no chance they can fight and win against their very powerful enemy. At that time, all the people then assemble in front of a sage who is referred to as ‘The Copt’. He is not of any known relegion but is a man of wisdom. The citizens of the city ask him questions to which he answers. The people ask him the simplest questions such as the importance of exterior beauty to the more complex and seemingly unanswerable questions like the meaning in life. To each question, the Copt calmly gives the answer which is noted down. Years later, these noted down answers become- the manuscripts of Accra

Why are they relatable?

The reason that I am going to state might sound crazy. But it just occurred to me while I was reading both these books one after the other. 13 reasons why gave us a rather real glimpse into the minds of people who feel depression or are suicidal. To them, even the smallest of things mattered so much. I once heard people who watched the series state that some of the reasons were not worth her killing herself. Sure it might have been insignificant to others but for people who have immense problems, even the smallest things affect them so much. There were situations where she was made fun of or mocked in inappropriate manners for her appearance. There were times she was betrayed by friends. There were times she never spoke out, nor did others to her. There were times when she decided life wasn’t worth it. I know that those who have read this book totally understand what I am talking about.

Somehow all those things were given an answer to in the next book. There were very good explanations on external beauty and how much it should and shouldn’t matter to us. They talked about friendship, Family, the importance of bonds. Even though everyone knew their lives were going to end with the siege, the Copt managed to convince them despite dying it’s not the end. There were many people who were so young,and hadn’t achieved anything they wanted to and were still going to die. Despite their apparent and sure end, the realisations and explanations in the book were wonderful. And one of the main thing it said is was how we should see life, the people in it, the situations we face etc.

While Hannah Baker killed herself in the name of nothing to look for in life, the Copt showed new light into it. Why we should never view the problems we face so grievously. I think if the Copt had ever met Hannah Baker, I am pretty sure she wouldn’t have committed suicide. So many horrible things happen to us. Happiness and sadness come and go like the waves. I am sure you must be thinking of those moments you faltered or felt like dying. But don’t. Don’t even think of ending things like that. Be strong. Face them head on. You only have one life. Make the most of it. There are so many people who die young not because they wanted to but it just happened. If we are given that chance to live, I think we should make the most out of it.

Do you think how I related these two books make sense? Or do you think otherwise? Let me know in the comments!