Mersal (Zapped) : Medical Ethics and our changing view on life.

This time I am back with a genre of films that I haven’t done a lot on my blog. It’s Tamil films. For those who don’t know, Tamil films originate from the southern state of Tamil Nadu in India. It has a very distinct identity compared to the plethora of Indian films releasing across various languages. Be prepared to see an amazing amount of color and fanfare. You will see some amazing dance sequences with action packed choreography that doesn’t give you a gap to take a breath. You will also see an amazing bunch of actors who are literally worshipped in Tamil Nadu. The performances in their films are men who can do everything. Be it fighting off the bad guys, or being a romantic, or delivering jaw dropping dialogues and inspiring people , doing amazing dance breaks or just simply saving the day. So without much further ado! 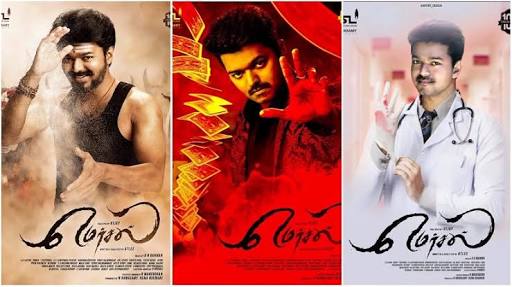 The movie starts with a series of abductions. A doctor , a hospital HR staff, a medical broker and an ambulance driver are kidnapped one by one. Ratnavel (Sathyaraj ) , a police officer is on the case to find the person responsible for the abductions. They finally nab their suspect Maaran (Vijay) . Maaran is a doctor who is known by the name “5 rupee doctor” . He is called so as his consultations cost just 5 rupees (0.077 US Dollars) or it maybe free. He treats everyone seeing everyone equally and giving his service to the society that needs it. He had, a few days ago been to Paris and had in turn displeased, another doctor Arjun Zachariah, who wanted Maaran to team up with him for economic benefits.

At a magic show, Arjun Zachariah is killed in a supposed “magic-gone-wrong” incident which people witnessed Maaran perform , leading to his arrest.

The police are confused how one person can be a successful doctor and a trained magician who knows his art. Although they think Maaran is behind all this, everyone is in for a surprise. To know the truth, we traverse to a story from years ago from a secluded village in Tamil Nadu. It is a story of a man who wanted to give cheap and good medical services to his people, how things seemingly went wrong, but were fixed once and for all, years later.

I won’t go to much specifics. It’s better to watch the plot unravel right before your eyes!

Vijay’s role in the film was very central to the story. His performance as a doctor who does faithful service to the society, a master magician and a leader from a secluded village was very good. Despite having to act across these various roles and with three other wonderful actresses,his performance was very good. I also have to add that S J Surya did an amazing job as the central villian in the story. His style, demeanour and his very presence was all “villian” style. A good job on that as well! 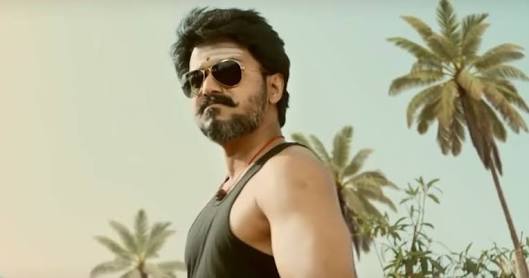 The film has a very central theme. And that is medical ethics. Ethical practices are important in family, workplace, society and literally everywhere. I think ethical practices with medical practices are extremely important because it deals with the life of a living being. But sadly, we see many cases of corrupt medical staff and doctors denying emergency services in the name of money, harvesting organs without the permission from the patient for money, unnecessary use of ventilator on those who don’t need it. This film portrays some very cold-blooded scenes of the same. Not all of us are medical professionals and we wouldn’t know what it is that is really going on. But that lack of knowledge is taken advantage of mostly for money.

It’s not just medical practices but somehow we are becoming so money minded. Some people go to any lengths to get money. We saw tragedies that happen to people who do, but we never seem to plan our future actions with that in mind.

On that note, ‘Mersal’ was able to depict that perfectly. Films and other forms of communication that reach hundreds pf people that have a socially conscious message behind it, is something I appreciate. It blended in perfectly with the story and was executed very well on screen. It’s not a surprise that this was one of the biggest hits in Vijay’s career. 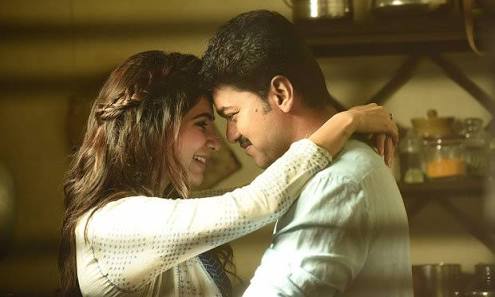 If there ever is any problem to point out, it would be the length of the films. In some places, certain parts of the story were totally unnecessary. I personally did not feel there was a need for the lead to have a romantic involvement with all three actresses. Or rather even if they had an involvement, they could have showed less of it. It wasn’t as gripping as the main part of the film. Also, isn’t the whole siblings looking exactly the same a little far fetched? (You will understand when you watch the movie).

All in all, Mersal is a very colorful and energetic film that holds a very important thing we should all ponder. Medical negligence, ethics and how we seem to become more money focused leaving our humanity behind. Films that portray these kind of themes don’t come out that often as much as others. And that’s why I think, this is worth the watch.

Let me know what you feel in the comments!