I am back with one of my most favorite running series on my blog. And that is the double features. Here I bring forward two movies, TV series, books that have essentially the same theme, but are miles apart in execution, story, style etc.

This time my double feature is on the theme of werewolves. Now movies based on werewolves are abundant. I bet each one of us could name few different ones. But here I picked two werewolf movies that were very special to me. One is a Korean movie released in 2012, while the other is a Japanese anime film released in the same year. So without much further ado!

The movie starts with an elderly Sun Yi receiving a call from Korea while she is living with her family in the States. The call informs her about her old home in Korea being sold. Hearing the news she travels back to Korea with her granddaughter back to that home. She remembers moving into that home 47 years ago in the year 1965, with her mother and sister. They were at the mercy of their rather mean landlord and his son, and she was suffering from a problem with her lungs which is why she moved to the countryside with her family. She spends a rather quiet and isolated time in their new home.

One day she and her mother discover a rather feral kind of boy. He doesn’t communicate in any way, and doesn’t even speak. She and her mother think that he is one of the orphaned children from the war, and take him in, and name him Chul Soo.

His behavior is similar to that of a dog and although Sun Yi doesn’t like him much, she ‘trains’ him according to a dog manual that she found. Eventually the two of them develop a very close relationship. They realize slowly that Chul Soo is not an ordinary boy, but something beyond that. Eventually Chul Soo and Sun Yi fall in love with each other.

But the landlord’s son, a person who is after Sun Yi starts causing trouble, and Chul Soo releases his feral instincts to protect her which however causes havoc in the village. The rest of the story is about how they evade the problems and the heart breaking promise that Chul Soo and Sun Yi make to each other. 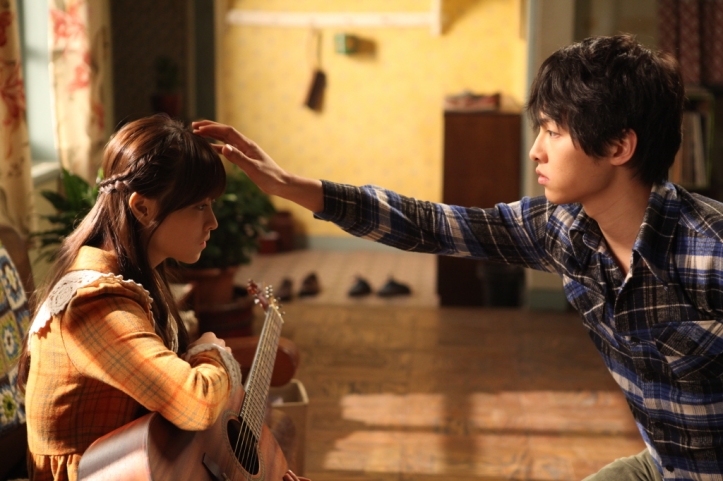 When I started watching the movie, I had no idea how this was going to go, and didn’t expect anything out of the ordinary from this film. But eventually when I did finish watching it, it had shook the deepest corners of my heart. I was literally in pain and shock after seeing the ending because one it was super sad, and two it just fitted with how the build up of the film was coming on.

The mellow and yellow tint to the whole cinematography to the film, the countryside and the surroundings and it’s people actually didn’t complicate the plot in unwanted directions but focused on the two characters that stole the show. Even the music especially the song ‘The Prince’ was really nice.

Both Bo Young and Joong Ki did a lot of justice to this film. Although very young  their acting had the prowess and maturity that this film deserved. If you really think about, the ending of this film, had that ‘reality’ element to it. You would understand if you watch it. If you want a mellow, not heavy but good film to watch and you are okay with shedding some tears, then this film is for you. 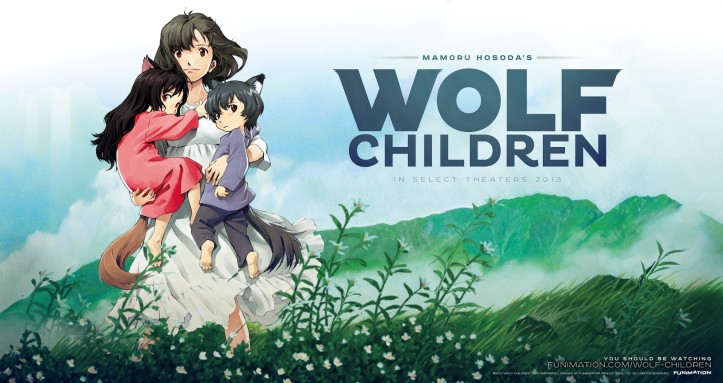 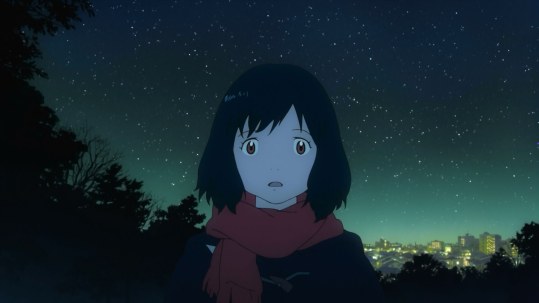 The story starts with Hana, who is a college student in Tokyo. Hana lives alone, and her father had passed away a long time ago. The one thing her father had told to do, and which she always does, it to never stop smiling. One time she meets a guy in her class who doesn’t hand in his attendance slips after class. She realizes he is not an actual student and just wants to know and helps him reads books from the library and all. Eventually both of them fall in love, and he reveals the truth to her.

He is in fact, a werewolf. Not the kind we know which transform when the moon is full, but a man who can turn into a wolf at will. He grew up in the mountains with his uncle, and now works part time jobs in Tokyo. Hana accepts him as he is, and the two fall in love. Eventually the two have their first child, Yuki, and later a son, Ame.

However tragedy strikes, when on the day when Ame is born, he dies while trying to find food for his wife and children.

Hana however struggles to raise her half wolf, half human children. Realizing that it is impossible to raise them in the city, she moves to a broken down home in the mountains, the kind that their father had grew up in. There she struggle to fix their home, and try to grow their own produce to live and sustain themselves. Despite the struggle she carries on because of a promise she made to her husband, that she will let Yuki and Ame be, whoever they want to be. The movie then follows the story of how Yuki and Ame come to choose their own paths, and their decision whether to be wolf or human.

This movie is another one that is heart warming and will make your mind at ease when you watch it. This too, was another movie that was very relatable, and very ‘real’ . There are two reasons behind it, as far as I understand it.

One of it being, the element of parenthood in the film. Hana had always kept the promise to her father that she would never stop smiling. And she held onto that firmly no matter how much life tested her. She struggles and she really had to put her blood and sweat into the happy and stable life, she made for her family. She fended well for herself, but it being the countryside, she had help from some good neighbors that formed a very good supporting cast.

Another thing that stood out for me in this movie is, the fact that Hana and her husband had decided to stand by the choices that their children make for their lives and stand by it. Despite some of the decisions causing her pain in the end, she let them make their own choices. Nowadays among all the things that youngsters now seem to face, parental pressure sadly seems to be one of them. Although parents always intend things for our good, sometimes when they do not leave those choices to their kids, who are individuals themselves, it may bring in really bad effects.

Another thing that I really liked about this movie, the scenery and setting of the countryside that was chosen for this film. There is one song from this film called Kito Kito-Dance of Your Nature. It is a beautiful song and an even more beautiful song to watch.

Overall, I would highly recommend this film as well!

Although the theme of werewolves have always been associated with dark and horror themes and sometimes otherwise, for my double feature I decided to stick with two werewolf theme movies that really touched my heart. I hope you feel the same as well. Do let e know in the comments below.