Now onto the fifth movie on the blogs horror fest, I’m stepping up the horror a notch ! From this movie onwards it’s really onto the movies that creeped me out. Now this movie, I admit maybe a very wierd choice for that, but watching this as a kid with all those scary characters, made me fe it had a deserving spot in this horror fest! So here goes! 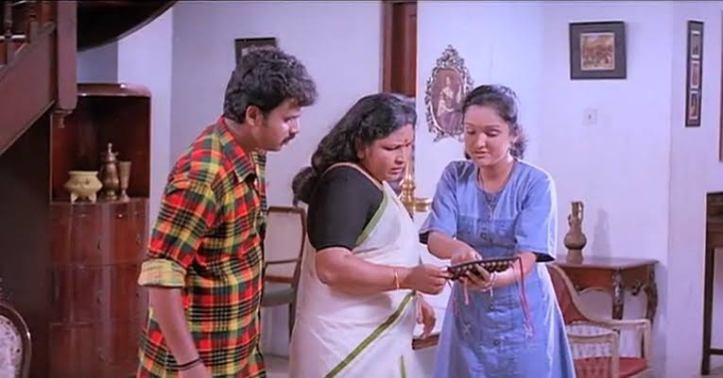 Manu (Kunchako Boban) is stricken with nightmares about a mysterious man who is trying to kill him and a girl called Kuttimani who he doesn’t know. Confused as to what he is seeing, his family and relatives come in together at their ancestral home. It’s at this point he meets , Gayathry, who is the spitting image of the girl in his dreams.

Although the movie starts with the conniving antics between the two, it soon takes a serious turn as we see that Gayathry too is plauged by dreams of the same mysterious attacker in Manu’s dreams which they realize from the drawings they make of him.

The two the realise that Gayathri is the reincarnation of Kuttimani, a girl who was murdered in that very same property. Her lover, Krishnanunni (who is reincarnated as Manu) was framed and executed for her murder.

The two soon realize that the dreams are trying to tell them something about what really happened that many years ago, and as to who was the real culprit behind those crimes many years ago, all amidst the heavy atmosphere surrounding their ancestral home. 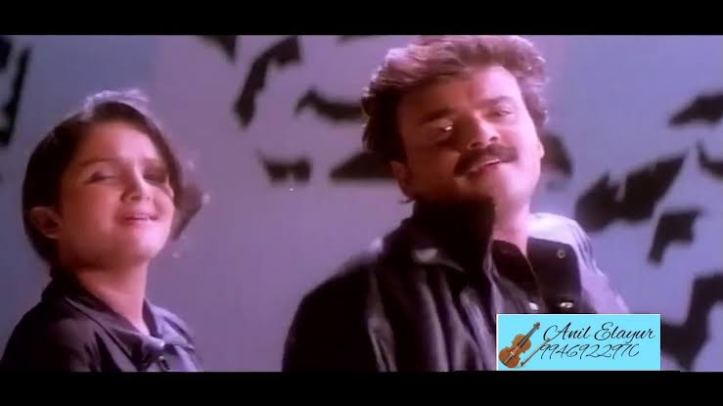 Although the story doesn’t sound that horrendous when you read it out, the movie is actually creepier than how it feels from this read. Coupled with little insights provided in by Thilakan’s character where he States that colorless dreams in the mornings will come true (which was right after Gayathri had a black and white colored dream of Kuttimani’s attacker) was scary enough.

And it wasn’t just the story.

The entire setting was developed around an aristocratic setup in Kerala, one that believes in reincarnations, and unfinished purposes and it being the same home where Kuttimani and her lover once resided. That just takes it up a notch when the characters happen to be standing at the point where Kuttimani was found dead, out of all things.

Keeping the creep factor aside another major part of the movie, mostly centred on the first half was around the growing and antagonistic relationship between Manu and Gayathri. Somehow the whole reincarnated creep factor and two crazy kids playing pranks on each other, worked out at some points and other points didn’t.

Although the romance isn’t “to die for” it was pleasant. But rather than the lead characters, the supporting characters especially Thilakan executed a much more wonderful performance making this movie above average, at the least.

And for those who are living on the nostalgia brought by this movie through this post, we definitely can’t forget songs such as Onnanam Kunninmel or the literal movie theme song – Mayilay Parannu Vaa (Come fly to me, as a peacock).

Although not the top horror Malayalam movie of all time, this ones definitely a notable mention anyways!

Let me know what you feel in the comments below!